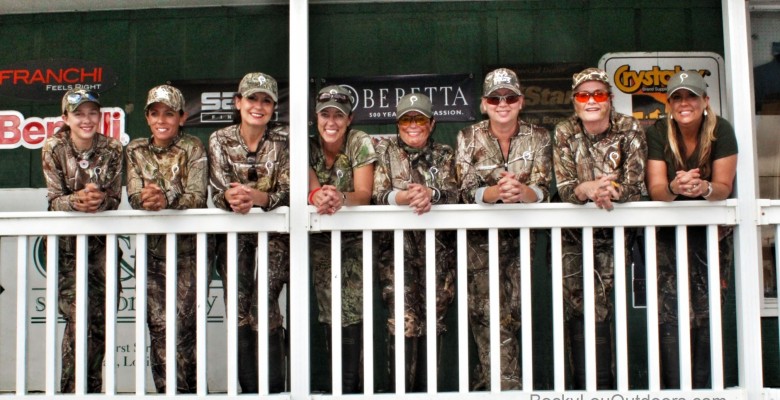 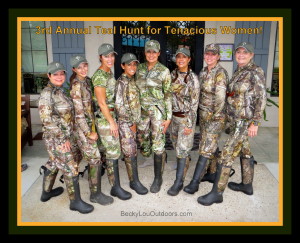 We had a TERRIFIC time for The 3rd Annual Teal Hunt for Tenacious Women in Louisiana. Organized by Bobby Palermo & Roberta Palermo of L’Banca Albergo Hotel – Lake Arthur, LA Jeff Davis Parish and hunting with Doug’s Hunting Lodge. With 8 women total for this hunt we had the largest group since 2012! It was a GREAT group with the perfect mix from around the country!

I arrived on Monday to pick up the cameraman/friend/my third hand Dave Jones flying in from North Carolina and get things all situated and prepare for the Gaggle of Girls to arrive on Tuesday! Mia & Lea arrived a day early and we toured the infamous studio of Steve German Taxidermy in Westlake, LA. Steve is the man that took taxidermy to the next level in Southwest Louisiana, and has maintained the quality and reputation for over 40 years. It was a real treat to see the many mounts in different stages. It’s amazing how they take the forms, the cape and make it appear as a lifelike animal. There was a Cape Buffalo that I swore was going to come right out of the wall!!!

The next morning the rest of the group started to trickle in with Barbara Baird CEO, founder & Editor of Women’s Outdoor News driving in from Missouri, Judy Rhodes & Suzanne Brayman of DIVA-WOW (Women Outdoors Worldwide) scooted in from Texas, Renee Shaw Jakubik of Smart Targets, LLC flew in from Chicago,IL, and Kim Shirley Tackett (now referred to as Kim Tag-it) drove from Texas.  It was a great time with many unplanned surprised along the way (HUGE Thanks to Marion Butch Fox of Jeff Davis Parish for many of them!)

Please check with each of the girls for their updates and stories of the trip, and stay tuned for many more #GirlsHuntOut to come!

I want to Thank each of the women for taking time to make memories with me, and a HUGE shout out to the sponsors for making the hunt a complete success and loads of fun! LaCrosse Footwear 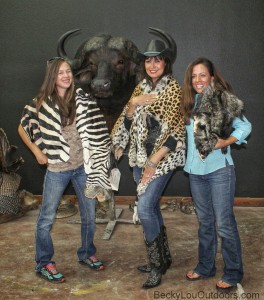 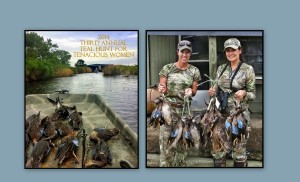