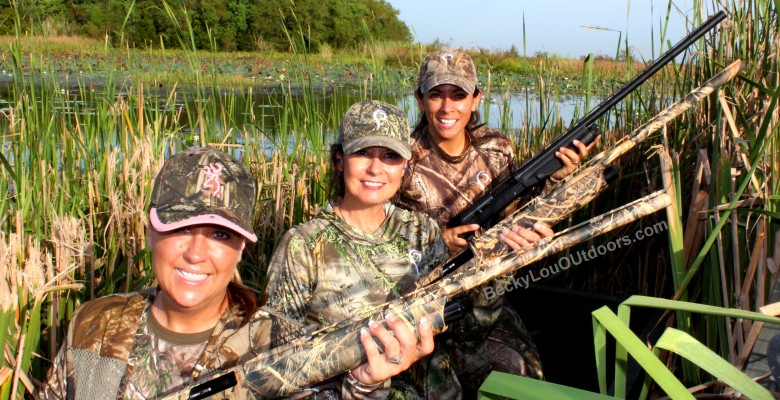 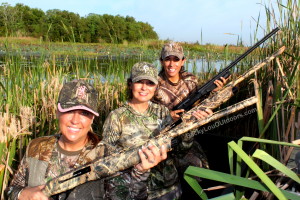 Renee, Becky Lou and Mia in the blind and ready for some ACTION!! 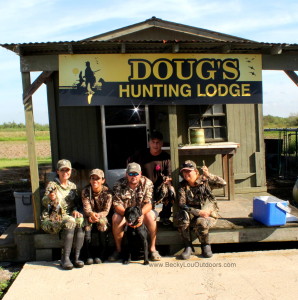 Becky Lou rounds up women for another “Girls Hunt Out“! This time to travel deep into the wilderness to the beautiful freshwater marshes of Central Southern Louisiana! For this trip, traveling from Colorado is Mia Anstine writer and professional outfitter from Colorado and first time hunter Renee Shaw Jakubik of Smart Targets LLC, Lombard, IL. Both will will also meet up in Houston to hang out for a day before the journey to Lake Arthur, LA. The accommodations on this trip would be second to none, with lodging provided by the 4 Star Hotel L’Banca Albergo (The Bank Hotel) and hunting out of the historical Doug’s Hunting Lodge! Thanks to Bobby Palermo & Roberta Palermo for the hospitality and the opportunity to experience Louisiana at its finest! UPDATE: 2012 & 2013 Teal Hunts were fabulous and we are onto planning 2014! see Details Here: https://www.facebook.com/events/507013282740894/?context=create&source=49  Lodging and hospitality provided by L’Banca Albergo Hotel  ,