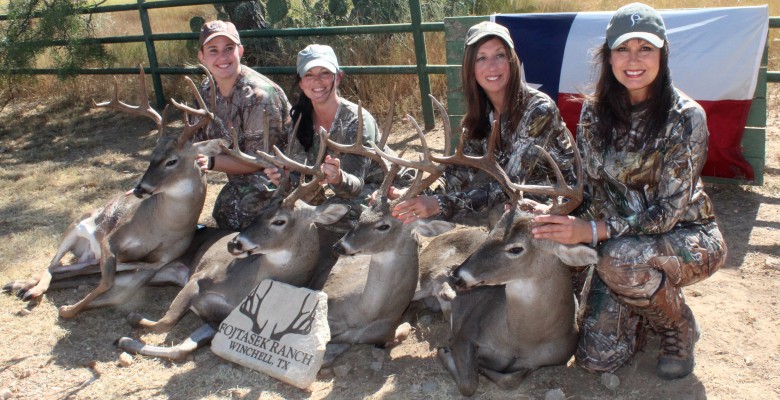 2016 Hunt is on the schedule and there are openings! see details here >> 2016 Whitetail Hunt

Another Girls’ hunt out on record! 4 Women in the Texas Hill Country take 4 beautiful bucks!

Read all about the hunt here in my new column on 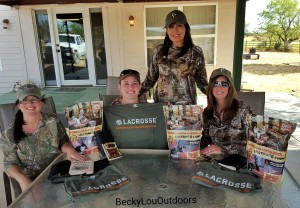 Always great to get goodies from the girls from sponsors and friends. Thanx to Lacrosse Footwear, Hunter Hills Journals, and Hammertime Wildlife Attractants for some great gifts! 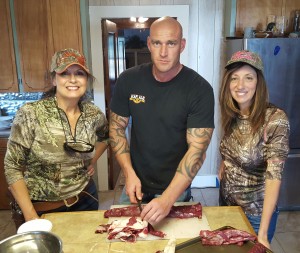 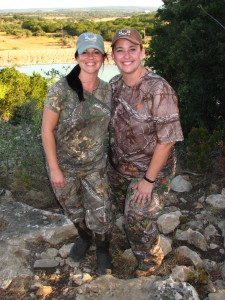 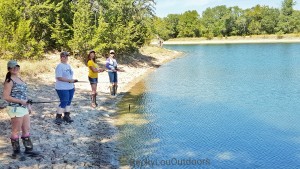 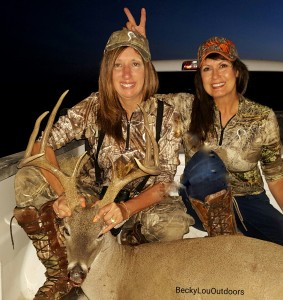 Angelle was the first to take a buck, and it was her very first buck! What a beautiful buck! 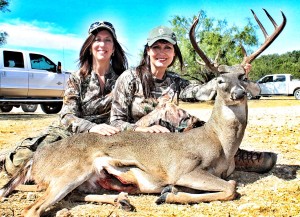 Angelle and I posing with my trashy buck. He was a huge body and 12 scoreable points, mostly on near the bottom of his right crown. 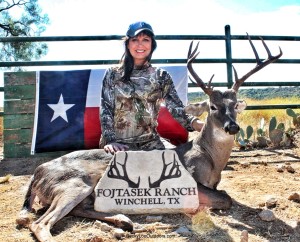 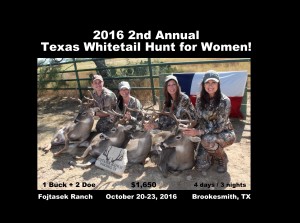